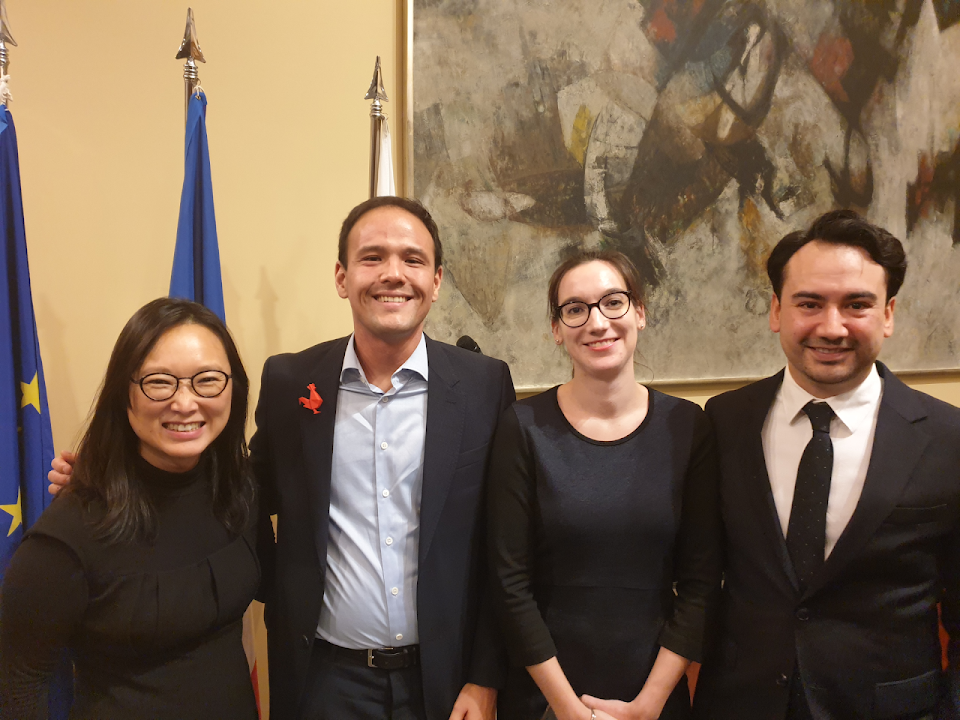 The French Tech team was invited at the French Embassy in Seoul at the occasion of Cedric O, French Secretary of State for Digital Affairs' visit in Korea.

As Secretary of State for Digital Affairs but also as French-Korean, we have the chance to get his support in the future to foster more collaboration between the two countries.

France and South Korea have much to share and learn from each other. Especially in this new world situation on the Digital economy, we both should put more effort into a new alliance.

We are proud to wear the Red Roster, French Tech symbol with him!